N.Y.C is sung by Annie, Oliver Warbucks and Grace Farrell. On their tour for Annie to New York City. This is only sung on the musical and 1999 adaptation.

Enough of frankfurters answering back Brother, you know you're in NYC Too busy, too crazy Too hot, too cold, too late I'm sold again on NYC

The shadows at sundown The roofs, that scrape, the sky

The rich and the rundown The big parade goes by

What other town has the Empire State And a mayor, five foot two No other town in the whole forty eight Can half compare to you

You make 'em all postcards

You crowd, you cramp You're still the champ Amen For NYC, NYC The shimmer of Times Square

The pulse, the beat The drive, NYC

The city's bright As a penny arcade It blinks, it tilts, it rings

By bus, by train

You can't explain Their yen for

Star to be NYC Just got here this morning Three bucks, two bags One me, NYC

Their fan mail comes addressed to NYC Tomorrow a penthouse That's way up high Tonight the "Y" Why not? It's NYC

You're standing room only You crowd, you cramp You're still the champ Amen For NY

Keep it quiet down there

Popcorn, what do you say to some popcorn? I haven't had popcorn since 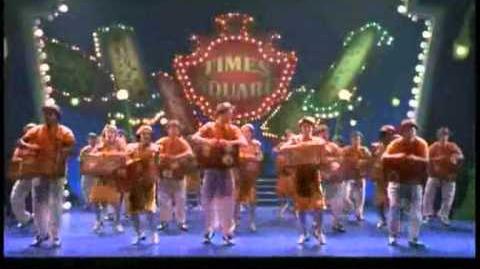 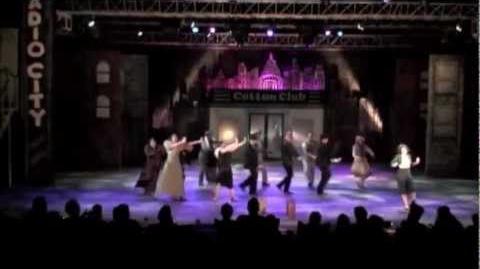 NYC - from the musical Annie
Add a photo to this gallery
Retrieved from "https://annie.fandom.com/wiki/N.Y.C?oldid=6879"
Community content is available under CC-BY-SA unless otherwise noted.